In its 6th year, a research project expects to find big changes to the Connecticut River’s coves, with key implications for birds 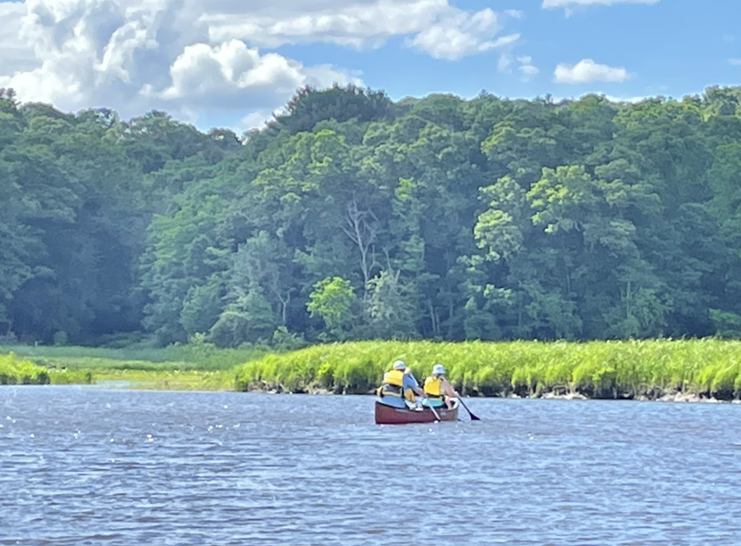 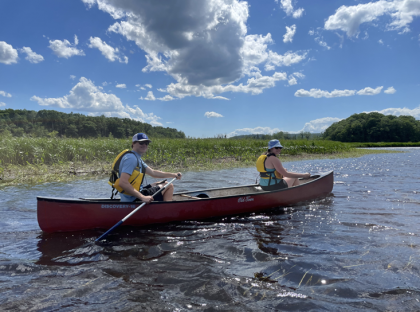 June 27, 2022 — An important source of food for ducks and geese on the Connecticut River seems to be disappearing.

Field biologists think they know what’s happening. But to help them figure out how much is left and what’s replacing it, three student scientists are spending the summer on the coves of Lyme.

The project is one of the many ways your support is helping conservationists understand what is happening to Connecticut’s birds and what can be done to better protect them.

The idea in 2017 was to update landmark research from the mid 1990s. During that 30-year interval, one aquatic plant — American eelgrass (Vallisneria americana), which is highly nutritious for waterfowl —  gave way in abundance to a less nutritious plant, common waterweed (Elodia canadensis).

That became obvious early on. But changes seem to have accelerated since then. This summer’s work is noteworthy because it will try to document how far another invasive plant, hydrilla (Hydrilla verticillata), has spread into the coves.

Hydrilla was discovered in the Connecticut River in 2016. Two years later surveyors found it everywhere from near the river’s mouth to the Massachusetts border. The presumption was that it would overtake the coves. That would be bad for the Black Ducks, American Wigeons and other waterfowl that rely on the higher quality plants for food. And it would make it difficult for recreational boats, which would have to penetrate the thick mats of vegetation to make it into the coves. 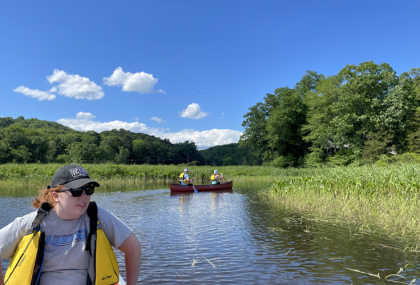 Meredith Beecher, in the stern of Jim Arrigoni’s canoe, on Whalebone Cove. This is Meredith’s second summer working on the project.

Traveling in canoes, with potato rakes and GPS units, Becher, Breton and Jakubczak are documenting its spread, and trying to determine the remaining range of the more beneficial native plants.

The student scientists are working under the direction of Jim Arrigoni, a Connecticut Audubon conservation biologist. Their work will become part of the scientific record, as conservationists try to figure out how to restore and protect the river.

The project ends August 10. You’ll be hearing more about it as summer progresses. In particular, we’ll let you know about a public presentation of the findings, tentatively scheduled for early August.

You can read our report on the project from 2018, here.

Jim Arrigoni wrote about the project in our 2020 Connecticut State of the Birds report, which you can find a link to it here. His article is titled, “The Pandemic Slowed But Didn’t Stop A Project To Document Changes On The Lower Connecticut River.”