Young, Gifted & Wild About Birds 2023: The Future of Bird Conservation 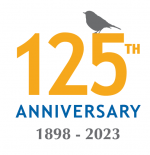 Help celebrate Connecticut Audubon’s 125th anniversary by delving into the future of bird conservation with the 2023 edition of Young, Gifted and Wild About Birds!

The series features five interesting, smart and lively younger-generation conservationists who will make presentations on both big-picture and fine-grained topics, all via Zoom.

Joanna’s topic is The Most Overlooked Birds in North America: Females

All proceeds will go directly toward maintaining and improving bird habitat at Connecticut Audubon’s sanctuaries, including our newest sanctuary at Stratford Point.

These are among our biggest budget items, and your generosity will make a real difference.

Register here for the 4 remaining presentations. 4 for the price of 3! 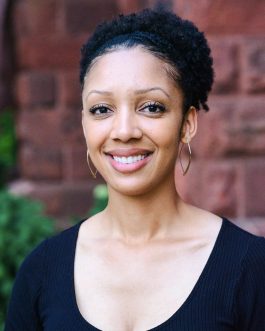 The publication in 2019 of a paper showing that North America has lost about 30% of its bird population since 1970 prompted a group of leading institutions and ornithologists to produce and release the U.S. State of the Birds report in the fall of 2022.

The report begins with an optimistic message: “This steep decline in abundance can be reversed with new scales of conservation actions that benefit not only birds but also wildlife and people.”

Corina Newsome, a member of the report’s communications committee, will review the bird population decline and walk us through the solutions and scenarios in the 2022 report.

Corina is an associate conservation scientist at the National Wildlife Federation. She has a master of science degree from Georgia Southern University and is on the steering committee of Young Evangelicals for Climate Action. Corina was one of the founders of #BlackBirdersWeek in 2020.

For background, you can find the U.S. State of the Birds 2022 report here.

Connecticut Audubon also publishes a Connecticut State of the Birds report. The two most recent dealt in depth with the precipitous drop in bird abundance. You can find those here. 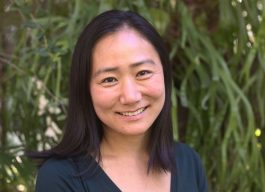 Anyone who has been on a group songbird walk knows that it’s the male Scarlet Tanager, the male Indigo Bunting, the male Blackburnian Warbler that draws the gazing eyes.

But are there conservation implications if male birds get the attention while females, whose plumage is perhaps as beautiful in subtler ways, are overlooked?

Joanna Wu, an ornithologist and ecologist at UCLA, has made conservation gaps caused by overlooking female birds the focus of her Ph.D. work (she is part of the Tingley Lab, run by former University of Connecticut professor Morgan Tingley). Joanna is also interested in understanding anthropogenic change and whether sexes of birds are affected differently.

Joanna is passionate about supporting under-represented voices. She is a member of the Galbatross Project, a group of scientists, birders, writers, and conservationists spreading awareness about often overlooked female birds (National Audubon’s Brooke Bateman, who was part of the 2022 Young, Gifted and Wild About Birds is also involved in the project).

Joanna studied the endemic thrush ‘Ōma‘o during her masters at the University of Hawai‘i, Hilo. From 2013-2016, she worked for the Institute for Bird Populations in the San Francisco Bay Area as a biologist specializing in songbirds and owls of the Sierra Nevada, where she got her start into ornithology as an undergrad at University of California, Berkeley.

From 2016-2021, Joanna worked on climate change analysis and communications at the National Audubon Society.

Her February 2 presentation promises to open our eyes to the beautiful and important world of female birds. 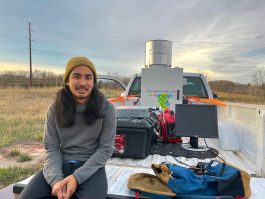 During research season, Mikko Jimenez spends some of his nights sitting in the Pawnee National Grasslands in central Colorado monitoring a device called the BirdScan MR1.

The Birdscan is a mobile radar unit that quantifies the movement of animals in the aerospace — in other words, the bats, the insects and, most importantly for Mikko’s research, the birds that fly in the lower atmosphere.

The BirdScan not only detects movement, it can tell which kinds of birds — waders, passerines, swifts, etc. — are in the air based on the amount of reflectivity and wingbeat pattern. He describes it as an incredible piece of equipment – the only one in North America.

Conservationists agree that bringing back birds from their devastating population losses of recent decades will require protecting them not just on their breeding grounds or in their wintering areas but during migration as well.

Mikko’s work with the amazing new equipment is not just awesome, it’s at conservation’s cutting edge. 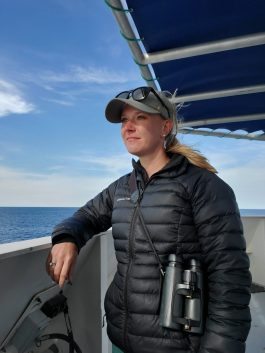 Connecticut resident Allison Black spends weeks at a time each year aboard a National Oceanic and Atmospheric Administration research vessel.

Her job: to look for seabirds and marine mammals, and keep records of what she observes.

She has a trove of stories and great photos to share.

She’ll discuss what we can learn from studying seabird occupancy and distribution. She’ll also speak about related careers in marine biology, and share tips and tricks for birding from a boat.

Allison previously worked as the environmental outreach coordinator for Connecticut Audubon’s Roger Tory Peterson Estuary Center.  She is a member of the Board of Directors of the Connecticut Ornithological Association. 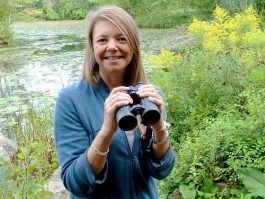 Some of the most important tools for bird research are being developed by the Cornell Lab of Ornithology. Those tools — eBird and the Merlin Bird ID app, for example — are also a great help to birders.

The two intersect when those tools are put to use for citizen science efforts.

Kathi Borgmann, the communications manager for the Cornell Lab, has traveled the world studying, watching, and recording birds.

In her presentation she’ll focus on the new eBird Trends maps that show exactly where bird populations are changing.

She’ll also talk about how bird songs and calls are recorded in the field, and why it’s importabt.

Want to know more about Young, Gifted, and Wild About Birds?
Click HERE to see the 2021 and 2022 presenters