In Honor of Eleanor P. Robinson 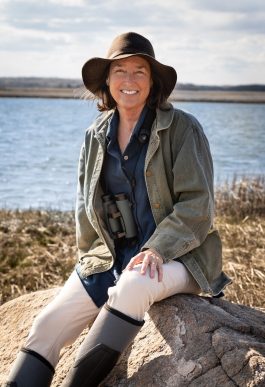 th sadness and a deep sense of loss that we bring news that our friend, board colleague, and co-founder of the Roger Tory Peterson Estuary Center, Eleanor Robinson, died on January 2nd at her home in Old Lyme.

Eleanor Perkins Robinson arrived in Old Lyme with an understanding and affection for this place on the banks of the Connecticut River Estuary.  She constantly reminded us of the uniqueness of the estuary and its role in the nature, culture, commerce and history of the region we call southeastern Connecticut.  She had a sense of purpose to create an environmental center which would provide science-based environmental education for our children, expand the environmental literacy of our adult population, promote research and stewardship … all designed to encourage conservation of our resources.  She called the estuary “Connecticut’s Crown Jewel” for its nearly unspoiled attributes as nursery, habitat, feeding and breeding grounds for innumerable varieties of fish, birds and other wildlife. This treasure, she insisted, must be preserved. 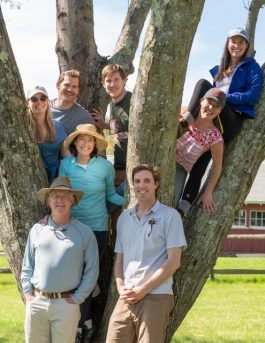 oining with another former Old Lyme resident, Dr. Theodore Van Itallie, they formed a group of concerned citizens and soon founded the Roger Tory Peterson Estuary Center as a part of the Connecticut Audubon Society.  It was founded literally out of the trunk of Eleanor’s car, in the living rooms of fellow board members and the halls of local libraries as well as coffee shops.

With an initial grant from the Community Foundation of Eastern Connecticut, Eleanor and our teachers adapted a science-based school curriculum to include more about our local environment and traveled to local public schools to begin educating students… not in the classroom, but outdoors, in a living laboratory.  Just over six years ago, the first group of 35 students in third grade in the Essex elementary school were taught.  This past year, the RTPEC reached over 3,500 in regional public schools!

In December 2020, the RTPEC purchased the site at 100 Lyme Street to create the environmental center that she and Ted envisioned.  It will offer a variety of programs and  include a hands-on science lab for children to learn the fundamentals of scientific research.

Eleanor was our first Center director and she and 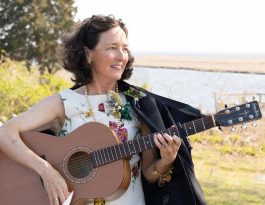 Ted established a high standard for our programs.  She had the vision, enthusiasm and energy to kick-start the organization.  She brought tenacity and a profound commitment to environmental conservation and conservation research.  Ted established the scientific advisory board and worked to ensure that research would continue as a high priority.  They both shared a belief that through the Center, we could promote understanding and stewardship and learning.  It was Ted who once said: “I’m not interested in doing anything ordinary.”  Together, they did create something extraordinary.

Eleanor Robinson had the determination, courage and energy to see her center created.   It was this courage and tenacity which served her through a long and terrible illness. It was her humor, passion for life, and friendship which saw us through.

In the end, while the Eleanor P. Robinson Environmental Education Center itself will endure, it is the generations of young scientists, environmentalists, and stewards which will be her everlasting legacy.