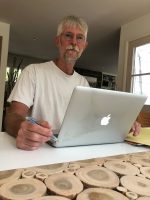 Tom is the author of This Fine Piece of Water: An Environmental History of Long Island Sound (Yale University Press) and he spent almost two decades as a newspaper reporter in New York, covering the environment, politics and other issues.

He was the director of communications and special projects, and acting executive director, for Westchester Land Trust, in Bedford Hills, N.Y., from 2000 through 2010, a period during which the organization tripled in size. 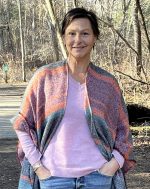 Amy Barnouw
Director, Fairfield Region
Amy leads the organization’s Center at Fairfield, as well as the Birdcraft Museum and Sanctuary. Her responsibilities including fundraising and helping to establish and carry out conservation, development, research, education and communication strategies.

Amy brings a blend of expertise in marketing and business development in the for-profit and non-profit sectors.

She was born in Connecticut and started her career in the Pacific Northwest as regional director of LightHawk, creating innovative campaigns that addressed conservation efforts around deforestation and watershed health in Alaska, Washington and Oregon. She then served as the assistant director of The Wilderness Society’s Northwest Region based in Seattle before returning to the East Coast.

She has served on the boards of various conservation organizations, including the Connecticut Audubon Society from 2018 until 2022, and currently is a President’s Council Member of the Norma Pfriem Breast Center.

Matt is a recent graduate of The Ohio State University with BS degrees in Earth Sciences and Evolution/Ecology. Matt started birding in May 2013, and became more seriously involved after a trip to Costa Rica. Since then he helped revive The Ornithology Club at Ohio State and assisted as a volunteer guide for The Biggest Week in American Birding and the Yellow Rails and Rice Festival. Matt absolutely loves participating in citizen science, tour guiding, chasing rare birds in his free time, and meeting fellow birders from around the globe. Most of all, Matt enjoys sharing his passion for birds and conservation with others and never shies away at taking the time to help beginners start their explorations of the avian world. Matt is the EcoTravel Sales and Marketing Manager and leads Day Trips and Overnight Tours.

Miley oversees all of the organization’s conservation work, including our public advocacy program in Hartford. He is a member of the Long Island Sound Study’s Citizens Advisory Committee, the Conservation Advisory Council to Connecticut’s Department of Energy and Environmental Protection, and many other local and statewide boards and committees. Miley was a founding director of the Connecticut Ornithological Association, and has published numerous articles and speaks statewide on topics relating to ornithology and the environment.

He is a long-time expedition leader for Connecticut Audubon Society’s EcoTravel program, and has led trips throughout the Americas, Australia, Antarctica, and Africa. Miley has a BS degree in Wildlife Management from the University of Connecticut and a MS degree in biology from the University of Bridgeport. He and his wife, Cathy, reside in Fairfield.

Patrick is a leading authority on the conservation of the state’s birds and the habitats that support them.

Patrick is a graduate of Trinity College in Hartford and a resident of Meriden. He is a past president of the Connecticut Ornithological Association (COA) and was the 2007 recipient of its Mabel Osgood Wright Award and 2017 President’s Award. He has written several articles on bird conservation and identification for the COA’s quarterly journal, The Connecticut Warbler.

Patrick played a key role in the conservation of more than 2,000 acres of critical bird habitats in Connecticut and more than 4,000 acres of key habitats in the Connecticut River watershed for the Silvio O. Conte National Wildlife Refuge. Other important projects he has worked on include the protection of the former Griswold Airport property in Madison and the Preserve in Old Saybrook; additions to the Salt Meadow Unit of the Stewart B. McKinney National Wildlife Refuge and Menunketesuck Island in Westbrook; additions to the Barn Island Wildlife Management Area in Stonington; and the protection of the Guilford Sluice property and Salt Meadows Park in Guilford.

Andy has been the director of EcoTravel for Connecticut Audubon Society since 1996. He graduated as an honor student in biology from Hartwick College and worked at the college’s biological research station in the Bahamas studying avian ecology. Andy is the original concept creator and scientific consultant for a cable television series on bird watching called All Bird TV that aired on Discovery’s Animal Planet. He is the original concept creator of the award winning Connecticut River Eagle Festival (during its time the largest birding festival in the world).

Andy has conducted bird surveys for the U.S. Fish and Wildlife Service and been participating as a CBC captain for nearly 30 years. He has been a consultant to the Bahamas Ministry of Tourism concerning development of birding tourism in its more remote islands. Andy leads trips to Canada, Texas, South Florida, Brazil, Costa Rica, Cuba, and many other destinations. Andy is a licensed USCG 100-Ton Master boat captain and lives in Essex, Connecticut, with Marilou, his wife, and Sam, their son. He is known for his attentiveness to traveler’s needs, fine birding skills, and infectious sense of humor. 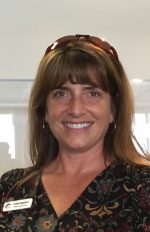 Cathy Hagadorn
Director, Deer Pond Farm
Cathy, joined the Connecticut Audubon Society in the fall of 2015. In her first year, she served as the director of the Coastal Center at Milford Point. In 2017 she was then chosen to direct the newest sanctuary, Deer Pond Farm. Cathy is responsible for all startup operations for this great new center.  Her growing team is made up of a dedicated and talented staff, volunteers and vendors.

Prior to joining us, she worked for the Maritime Aquarium at Norwalk in the Education Department since 1999. Cathy managed the aquarium’s research and education vessel and collaborated on scientific database development for the Long Island Sound Biodiversity Census Project. She was key in developing a new business model for working with regional schools throughout the year.

Cathy holds a Bachelor of Science degree in business administration from St. Michael’s College in Vermont. Additionally, she is a Master Wildlife Conservationist volunteer for the Connecticut Department of Energy and Environmental Protection Wildlife Division. Among other projects, her volunteer work has included many winter hours at the Shepaug Bald Eagle View in Southbury.

Sarah is responsible for the oversight and programming at our two facilities in northeastern Connecticut, the Lois Orswell Grassland Bird Conservation Center at Pomfret and Trail Wood: The Edwin Way Teale Memorial Sanctuary in Hampton. She has served in this position since 2003. From 1994 to 2001, she was our first resident naturalist in Pomfret, developing programming for the Bafflin Sanctuary prior to the Center at Pomfret’s inception.

Sarah earned her B.S. in Environmental Studies from Trinity College, spent several years conducting graduate research at the University of Connecticut and was an environmental consultant for 15 years, specializing in soil and water issues. A member of numerous environmental organizations, she currently serves on the board of directors for the Wyndham Land Trust. 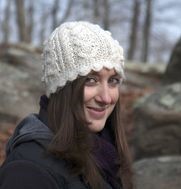 Heather is responsible for overseeing the day-to-day management of education programs at the RTP Estuary Center. 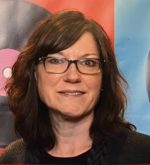 Prior to coming to Connecticut Audubon, Joyce was Director of Development at a New York City hospital where she successfully managed $100 million in grant funded awards, including the implementation and completion of grant-related projects, and coordinated fundraising events. Throughout her career, Joyce has focused her fundraising efforts for the protection of the environment and the improvement of healthcare.

Joyce has a BA in Anthropology from the City University of New York at Queens College. She resides in Sherman. 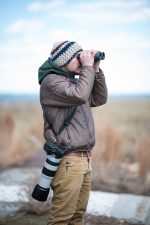 Stefan brings a depth of environmental and birding knowledge from a wide variety of experiences to our sanctuary management team. He began his conservation career with Audubon Connecticut (National Audubon) as a part time steward for Audubon Greenwich. He served as seasonal land steward at Stratford Point during a time of much improved habitat management at this spectacular sanctuary immediately prior to coming to Connecticut Audubon.

He is a past board member of the Connecticut Ornithological Association and is vice president the Connecticut Butterfly Association. Stefan is well-known and respected in birding and butterfly communities. A certified Master Gardener, Stefan also has extensive knowledge of both native and invasive plant life.

His current role involves habitat restoration and enhancement to sanctuary properties with a focus on increasing biodiversity. He also leads guided bird walks and is actively contributing to eBird. Stefan joined the Connecticut Audubon Society staff in 2018.

Andy has been working for Connecticut Audubon Society since 1994. He manages the 700-acre Bafflin Sanctuary in Pomfret and the 168-acre Trail Wood Sanctuary in Hampton. He focuses a lot of effort on early succession, field management, trail work, and invasive plant management. He leads various bird walks, private bird surveys and birding tours, bird banding studies, saw-whet owl banding, and environmental education programs. He has a bachelors degree in environmental sciences with an emphasis on conservation law enforcement from Unity College in Maine. He is on the Board of Directors of the Wyndham Land Trust. He lives in Pomfret.

It was an American Goldfinch visiting a pollinator garden that Deirdra planted that sparked her interest in birding. Her love for nature quickly deepened as she became more aware of the birds in her own backyard and how gardens could be enhanced to increase wildlife habitat value.

Deirdra has a Bachelor of Science degree in Justice and Law Administration. She worked several years for local non-profits in Fairfield County. Additionally, she is an Advanced Master Gardener, Master Composter, and professionally registered Horticultural Therapist with the American Horticultural Therapy Association.