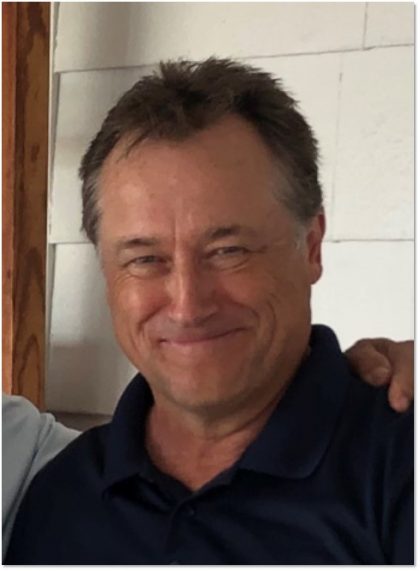 Andrew Griswold has been the director of EcoTravel for Connecticut Audubon Society (CAS) since 1996. He graduated as an honor student in biology from Hartwick College, where he studied avian ecology at their biological research station in the Bahamas. Andy is the original concept creator and scientific consultant for a cable television series on bird watching called All Bird TV that aired on Discovery’s Animal Planet. He is the original concept creator of the award winning Connecticut River Eagle Festival (during its time the largest birding festival in the world). Andy has conducted bird surveys for the U.S. Fish and Wildlife Service and been participating as a Christmas Bird Count captain for many years. He’s been a consultant to the Bahamas Ministry of Tourism concerning development of birding tourism in its more remote islands. Andy leads trips for CAS to Canada, Texas, South Florida, Brazil, Costa Rica, Cuba, Iceland, and many other unique destinations. Andy is a former licensed USCG 100-Ton Master boat captain and lives in Essex, Connecticut, with his wife and their son. He is known for his attentiveness to traveler’s needs, fine birding skills, and infectious sense of humor.

Matt Bell is a graduate of The Ohio State University with BS degrees in both earth sciences and evolution/ecology. Matt started birding in May 2013 and became more seriously involved after a trip to Costa Rica. Since then, he’s helped revive The Ornithology Club at Ohio State and worked as a volunteer guide for The Biggest Week in American Birding and the Yellow Rails and Rice Festival. He absolutely loves participating in citizen science, tour guiding, chasing rare birds in his free time, and meeting fellow birders from around the globe. Most of all, Matt enjoys sharing his passion for birds and conservation with others and never shies away from taking the time to help beginners start their explorations of the avian world. As EcoTravel Travel Specialist, Matt designs and leads many day trips and overnight tours. 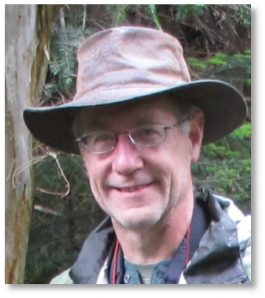 As early as high school, Jim Sherwonit fell in love with the woods and with birding. He started birding more seriously in 2010 after his first EcoTravel trip and has participated (as traveler, driver, and co-leader) in over 50 trips. He was a professional engineer managing the local office for a major transportation engineering firm for over 30 years. Jim has an enthusiasm for conservation, all things nature, and is an an avid photographer. As he says, “Any day spent in the woods is a good day.”

Lucretia Bingham studied writing at Sarah Lawrence College in Bronxville, New York. Upon graduation, she went to Los Angeles, where she made a living as a free-lance travel writer and photographer. Her credits include publication in Vanity Fair, Conde Nast Traveler, Travel and Leisure, Islands, and Saveur. One of her food pieces was published in an anthology of the best food writing in 2005. She was a frequent contributor, for many years, to both the Los Angeles Times Magazine and their travel section. Twelve years ago, she moved back east to her roots, where she lives with Jim Fitzpatrick, her husband, and writes in a grand shingle-style house on Long Island Sound. Lucretia’s second novel, SHE, a sequel to The Talcott House, has recently been published by Keith Publications. She has led trips to Machu Picchu and Guatemala. 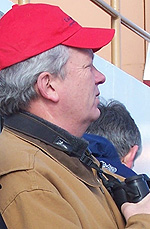 Milan Bull is senior director of science and conservation for Connecticut Audubon Society and is a long-time EcoTravel expedition leader to destinations throughout the Americas, Australia, Antarctica, and Africa. Those who have traveled with Miley pay enthusiastic tribute to his sense of humor, his wide-ranging knowledge of the natural world, and his willingness to share his passion for it. He holds a BS degree in wildlife management from the University of Connecticut and a MS degree in biology from the University of Bridgeport. He is currently a member of the Long Island Sound Advisory Committee and the Citizens Advisory Council to the state Department of Energy and Environmental Protection, and was a founding director of the Connecticut Ornithological Association. He has also published numerous articles and speaks statewide on topics relating to ornithology and the environment. Milan and his wife, Cathy, reside with their two children in Fairfield. 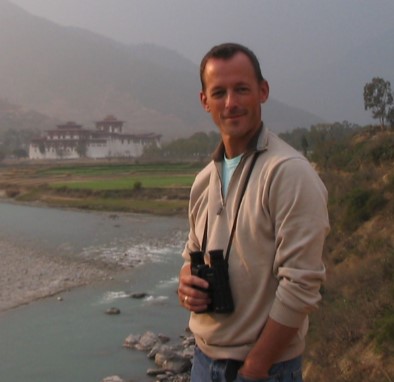 Rob Taylor, a musician and writer by profession, began birding in earnest around the same time he picked up the violin at age eight. His love of music, languages, literature, and birds has led him to a lifetime of study and travel. A graduate of Holland’s Royal Conservatory, Union College, the University of Bonn, and Princeton University, he has taught foreign languages and ornithology in New York and English and music in Asia, and has birded extensively in Australia, Bhutan, Brazil, the Caribbean, Central America, China, Europe, India, Russia, Thailand, Vietnam, New Zealand, Africa, and North America. As a lyricist and librettist, he has written several new musicals, including Ace; Journey to the West; The Parenting Project; The Sandman, based on the writings of E. T. A. Hoffman; and Bandstand, which opened on Broadway at the Jacobs Threatre in April 2017. 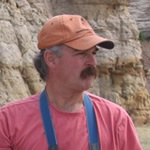 Jay Hand is a veteran of the Connecticut Audubon Society travel program. He has led many tours, each one with rave reviews. Jay has led tours to Texas, Chincoteague, Block Island, Cape May, South Florida, East Africa, Costa Rica, and Arizona, to name just a few! A former Connecticut native, he now lives in Tucson, Arizona, where he has been the voice of the Southeast Arizona Rare Bird Alert. Jay is a graduate of Yale University with a degree in geology and is known for his competent birding skills, great ear, energy, and commitment to your having a memorable trip. 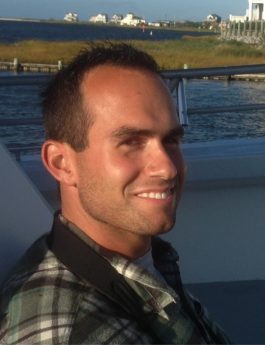 Nick Bonomo has been birding New England since the age of 16. He graduated from Stonehill College with a degree in biology in May of 2006. In autumn 2007, he began attending Yale University, from which he recently graduated as a physician assistant. Despite his rigorous career schedule, Nick has escaped to bird such locations as Nova Scotia, Florida, Texas, Arizona, Costa Rica, eastern Australia, and New Zealand. He currently lives in Connecticut and can often be found birding the New Haven County coast in his spare time. His interest in bird identification, status, and distribution makes him a skillful leader, and his youthful enthusiasm is matched by few. 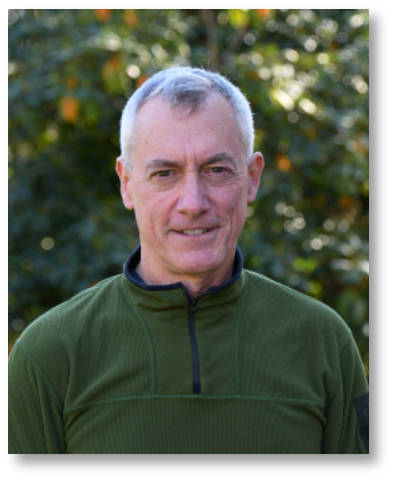 Dave Provencher has been a leading birder in Connecticut for nearly 30 years. The love of nature has been a major part of his life since childhood and mountain hiking is one of his passions. He’s an author of articles on birding in Connecticut, including “A Connecticut Birding Year,” considered the primer on birding the state. A longtime member of the Avian Records Committee of Connecticut, Dave has birded far above the Arctic Circle, the rainforests of Central America, the driest place on Earth the Atacama Desert, the high Andes of South America on horseback, and many other places around the world. He’s an active participant in citizen science and is one of the coordinators of the new Connecticut Bird Atlas Project. A chemical engineer by training, he’s had a long career in nuclear power chemistry. Dave is most at home however with hiking boots on his feet and binoculars in his hands. 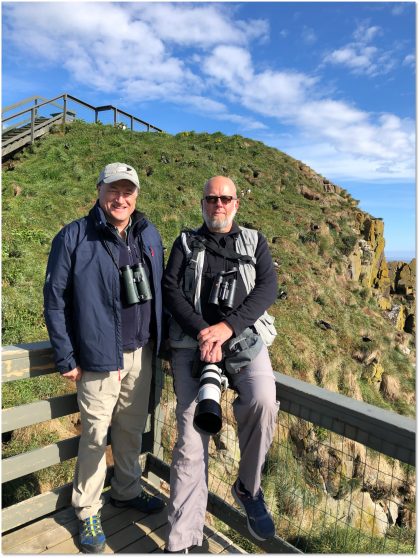 A Short History of EcoTravel

Connecticut Audubon Society (CAS) first offered organized field trips in the 1950s. CAS board member Ulie Hellman and his wife Hildegard were both very active in CAS after World War II and led all the field trips in the 1950’s until 1975, when their health began to fail. The Hellmans led no international trips, however, and only got as far as Block Island. They always traveled with their dachshunds and wouldn’t go anywhere that wouldn’t allow the dogs in their rooms. As the Hellmans got older, staff member Milan Bull began leading trips for CAS with Dennis Varza, who planned and led trips to Chincoteague and Hawk Mountain in the 1970s. Volunteer Carl Trichka also began leading trips as well. In 1981, Milan began international trips, first to East Africa and the Galapagos, but then (late 80’s) to Borneo, Australia/New Zealand, and many others.

It was mainly a one person operation with volunteers helping with day and weekend trips. Milan raised separate dedicated funds to produce a yearly Field Trip Program. Duties at CAS changed, however, and CAS hired Lauren Brown who then took over Birdcraft Museum and the Field Trip Program on a part-time basis. Lauren ran the field trips until it was decided that it needed to be more than a part-time operation. That is when president Sherman Kent hired current EcoTravel Director Andy Griswold to run the program full-time starting in November of 1996.

At that time, the name of the Field Trip Program was changed to “EcoTravel.” The newly titled branch of CAS found a home in Centerbrook and then in the village of Essex at the Connecticut River Museum, where it stayed for eight years. EcoTravel moved out of the museum and into the Kleinschmidt Building, also in Essex, where the office was for eight years. In the Spring of 2012, EcoTravel moved the office across town to its current location at 30 Plains Road in Essex.

With the help of the first EcoTravel Assistant Mary Dowdell (hired in 1998), EcoTravel expanded its offerings to more than ten international destinations and more than fifteen domestic overnight trips per year. EcoTravel now runs over 75 day trips to interesting places in and around Connecticut. Day trips concentrate mainly in Connecticut but also reach to neighboring states and visit sanctuaries and museums of special interest. Overnight travel from two days to two weeks has included most US states, several countries, and all seven continents. Places visited are among the most environmentally significant and interesting habitats in the world and tour leaders are experienced, personable, and enthusiastic about sharing these special experiences with travelers. Connecticut Audubon Society EcoTravel is one of the few licensed organizations allowed to travel to Cuba as part of an on-going bird survey.

Currently, there are two full-time staff members who work at EcoTravel in the office and leading trips: Andrew Griswold, Director; and Matt Bell, Travel Specialist. Other CAS staff members lend their time to lead trips, including Miley Bull, Senior Director of Science and Conservation. In addition, EcoTravel is eternally grateful to its many volunteers who help with both day trips, overnight trips, and other projects, with special thanks to Jim Sherwonit who gives us many volunteered hours leading tours, Jim Denham for his tireless efforts in managing budget spreadsheets, and Sandy Sanstrom and Jan Sherwonit for their help with Osprey platforms and martin houses. Above, you can find biographies of EcoTravel’s trip leaders. Thanks for all who contribute to this great team effort.

Get Directions
Note: For GPS, please use 30 Plains Road (not our mailing address).