State of the Birds 2016: Gains, Losses and the Prospect of Extinction 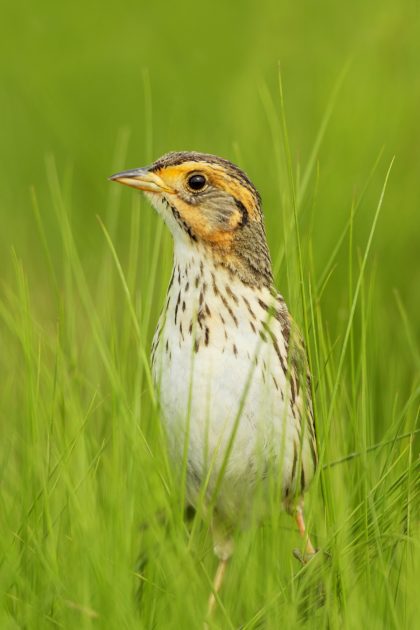 November 21, 2016 – Although a handful of species have done surprisingly well, many Connecticut birds are suffering slow, steady population declines caused by the loss of their specialized nesting areas, the Connecticut Audubon Society reported today in its Connecticut State of the Birds 2016 report.

Most alarmingly, one Connecticut species seems destined for extinction within decades.

Titled “Gains, Losses and the Prospect of Extinction,” the report looks back over 10 years of trends and data. It is the Connecticut Audubon Society’s 11th annual Connecticut State of the Birds report.

Copies of “Gains, Losses and the Prospect of Extinction” have been mailed to members of the Connecticut Audubon Society.

A PDF version is available here.

News coverage from around the state can be found here.

Losses Outweigh Gains
The authors of its six articles found several examples of species doing well that were perhaps not expected to be. And a region-wide effort to create and expand habitat for a rare rabbit is improving chances for birds that nest in that same habitat.

But overall, losses outweigh gains. Among the birds that have been hardest hit are species that can nest only in specialized habitats such as large grasslands, shrubby areas, beaches, or tidal wetlands.

Most significant however is an avian conservation calamity on the horizon: the likely extinction of the Saltmarsh Sparrow within 50 years.

The authors of the report’s articles are Chris S. Elphick of the University of Connecticut; Robert A. Askins of Connecticut College and Christopher R. Field of UConn; Min Huang and Jenny Dickson of the state Department of Energy and Environmental Protection; and Patrick Comins, of Audubon Connecticut. 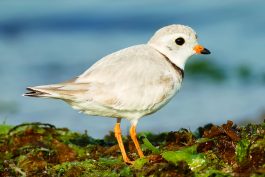 “Despite some improvements, most of the trends aren’t good,” Bull said. “Marsh birds such as Clapper Rails and shrubland birds such as Blue-winged Warblers and Brown Thrashers continue to decline. And birds such as Piping Plovers are still highly vulnerable despite recent successes.

“Most disturbing though is the likely extinction of the Saltmarsh Sparrow because of sea level rise. It would be the first avian extinction in the continental U.S. since the Heath Hen in 1931. There’s no way to characterize that as anything but a disaster.”

Nelson North, executive director of Connecticut Audubon, said: “This 11th Connecticut State of the Birds report is an eye-opener. It clearly shows that the future of avian diversity and abundance in our state will depend on the public will to conserve these resources.”

“In more trouble than suspected”
The Saltmarsh Sparrow prediction was made by Chris S. Elphick in his article about tidal marsh birds. Elphick and his team have documented that Connecticut’s tidal marshes are home to breeding populations of 150 Clapper Rails, 800 Willets, 1,600 Saltmarsh Sparrows, and 1,000 Seaside Sparrows – species that can nest in no other habitat.

“We now know these birds are in more trouble than was suspected,” Elphick wrote, “and that we need to act soon if we wish to protect them.” 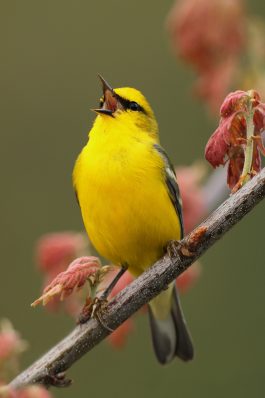 Shrubland species such as Field Sparrows, Brown Thrashers and Blue-winged Warblers continue to suffer population declines of about 5 percent a year, according to Robert A. Askins and Christopher R. Field. Those species can nest only in shrubby fields, which have been lost to lawns or allowed to grow into mature forests.

However the consistent loss of shrubby fields may be undergoing something of a reversal, and Askins and Field note that two species of birds seem to be benefiting.

They write that efforts starting a decade ago to prevent the New England cottontail rabbit from being listed as a federally endangered species resulted in the creation of about 2,200 acres of additional shrub habitat in Connecticut alone, and many more throughout New England. The establishment of the Great Thicket National Wildlife Refuge, which was conceived of as a network of cottontail habitat throughout that animal’s range, is likely to generate additional shrublands, all of which will also be prime nesting habitat for many of the shrubland birds whose populations are falling.

Askins and Field write: “Preliminary evidence from Connecticut Breeding Bird Survey routes suggests that the populations of two species, Prairie Warbler and Indigo Bunting, may have increased. The uptick for Prairie Warbler is small and only time will tell whether it is part of a larger increasing trend. Indigo Buntings, in contrast, have increased steadily since the early 1990s.”

Patrick Comins notes that Piping Plovers and American Oystercatchers have had successful breeding years in Connecticut recently but only because of a coast-wide effort by the Audubon Alliance for Coastal Waterbirds to protect them.

Piping Plovers and other species that nest on beaches continue to be highly vulnerable to disturbance from people and from sea-level rise. 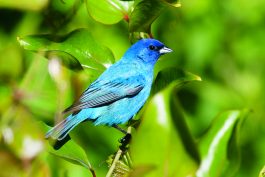 Also on the positive side, Min Huang reports that freshwater wetland birds are doing well statewide. Jenny Dickson explains how cooperative efforts are leading to the protection and creation of more grasslands, which are essential for species such as Bobolinks, Upland Sandpipers, Grasshopper Sparrows, and Eastern Meadowlarks.

Nearly 680 acres of a target of 800 acres of grasslands have been conserved in recent years.

Dickson writes: “Working together will not only benefit butterflies, bumblebees, and the beautiful and bubbly Bobolink, it will help us protect the beauty, charm, and unique natural resources that make Connecticut a special place to live and safeguard these natural treasures for future generations.”