The scores of volunteers and staff who protected the nests of federally threatened Piping Plovers on Connecticut’s beaches did such a good job during the 2017 season that we broke the record for number of breeding pairs since monitoring began in 1996. Nine of those nests were at our Milford Point Coastal Center and nearby beaches.

Sixty-six pairs of Piping Plovers produced 100 chicks in the state. This is only the fourth time we have exceeded 100 chicks fledged since record keeping began. 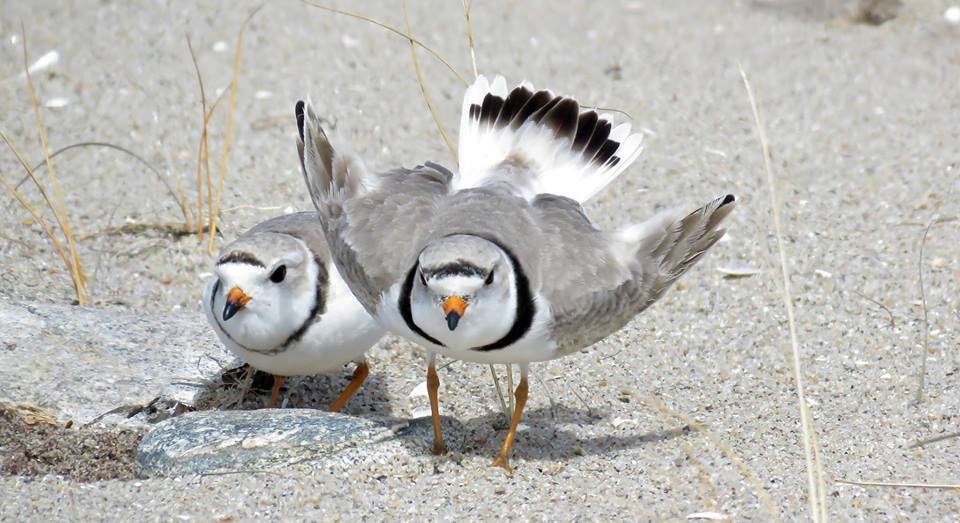 Statewide, the plovers produced 1.52 chicks per nest. The goal for population stability is 1.2 chicks, while 1.5 chicks or better per nest will lead to an increase in the population.

Thirteen times since 1996 the production rate has topped 1.5 chicks per nest. If sustained over time and a wide enough area, the success rate is good enough to actually result in an increase in the number of Piping Plovers.

“If Connecticut’s success was replicated in other states, Piping Plovers probably would likely be headed for removal from the endangered species list,” said Patrick Comins, executive director of the Connecticut Audubon Society. 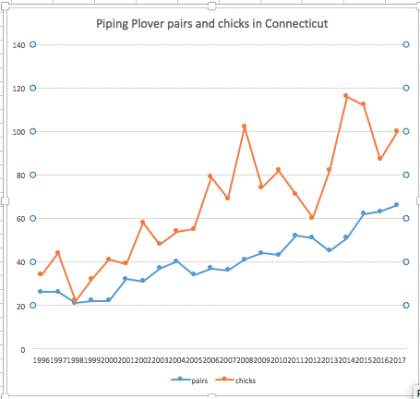 The Piping Plover protection program is coordinated by Connecticut Department of Energy and Environmental Protection and greatly assisted by the Audubon Alliance for Coastal Waterbirds, a partnership of Audubon Connecticut, the Connecticut Audubon Society, and the Roger Tory Peterson Institute of Natural History.

The Alliance trains and coordinates the volunteer team and provides field staff to assist conservation efforts statewide, with a focus on Piping Plovers, American Oystercatchers, Least Terns, and Common Terns.

Here are the Piping Plover numbers, year by year.