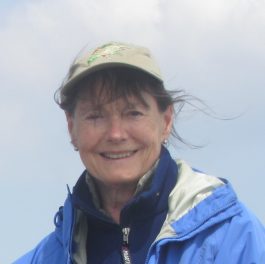 Although women’s leadership has been part of Connecticut Audubon since the beginning, it is the first time that women have held the top two governance posts concurrently. The Audubon movement in its early days was led by women, who organized against hunting birds for the millinery trade. Connecticut Audubon itself was founded in 1898 by Mabel Osgood Wright, a prolific nature writer. Her Fairfield friend and neighbor Annie Burr Jennings was her patron and Board chair.

Completing the slate of officers this year are Ralph Wood of Glastonbury as secretary and Peter Kunkel of Trumbull as treasurer. Van Der Aue replaced Kunkel as chair at the conclusion of his three-year term. The Board is made up of volunteers recommended by committee and confirmed by a vote of Connecticut Audubon’s membership at the annual meeting. This year’s meeting took place in New London, aboard a chartered boat that then took members on a cruise past a dozen lighthouses in eastern Long Island Sound.

To view a slideshow of Annual Meeting photos, click here.

Our 2018 Annual Report reviews the year in the voices of our members. Click here to read it. 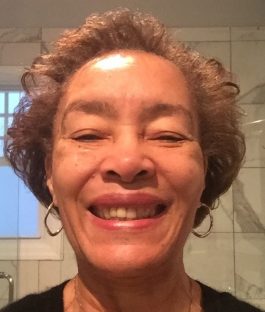 Van Der Aue is a retired attorney who practiced in Bridgeport and New Haven. She has logged more than two decades as a volunteer for causes related to the protection of birds.

At Connecticut Audubon, she has been on the Fairfield Regional Board for more than 20 years. She now serves on the Birdcraft Museum Restoration Committee and is a member of the bird banding team at Birdcraft. She serves on the Board of Directors of the Connecticut Ornithological Association, where she is the immediate past president.

In addition, she monitors endangered birds, particularly Piping Plovers and Least Terns, for the U.S. Fish and Wildlife Service and is an ongoing contributor to the Connecticut Bird Atlas.

Her past public service includes eight years on the Fairfield Representative Town Meeting and 22 years on the Board of Directors of the Guenster Rehabilitation Center, a substance abuse treatment center formerly in Bridgeport.

Fraser-Abder lives in Easton and was elected to Connecticut Audubon’s Board last year. She is recognized both nationally and internationally for her expertise on the development, implementation and evaluation of STEM curricula. She retired as professor of science education at New York University, where she joined the faculty in 1989.

Prior to this, she developed the primary science curriculum for Trinidad and Tobago while designing and implementing a model for science teacher education that was used by UNESCO and the Commonwealth Secretariat. A founding member of the International Consortium for Research in Science/Mathematics Education, she currently chairs the Academic Committee of the Board at the Great Oaks School in Bridgeport.

Barnouw, who lives in Fairfield, is the co-founder and CEO of Planet Fuel Beverage Company, based in Trumbull. She spent over a decade in the environmental non-profit sector in New England and the Pacific Northwest, working on campaigns to protect public lands and wildlife habitat. As the regional director for LightHawk and the assistant regional director for The Wilderness Society, she served as an organizer, lobbyist, and media spokesperson.

Brown is a retired senior executive of United Technologies Corporation, where he held roles in the legal and supply management organizations for over 30 years. Most recently, he was vice president of the UTC Power fuel cell subsidiary. As a volunteer, he has served as president of the board of the Greater Hartford Arts Council and is currently secretary of the board of The Quell Foundation. At Connecticut Audubon, he serves on the board of the Roger Tory Peterson Estuary Center. He lives in Old Lyme.

Clayton retired from the office of general counsel at Xerox Corporation and has since devoted much of her time to birds, taking part in several bird-monitoring surveys in Connecticut and traveling throughout the country and abroad for birding. A resident of Old Lyme, she is the former president of the board of the Old Lyme Land Trust and has served on the boards of the Potopaug Audubon Society in Essex and the Hawk Mountain Sanctuary Association in Kempton, Pennsylvania.

Perkin is vice president at Wolverine Investments, a boutique wealth management firm in Westport. He grew up in Fairfield and was introduced to Audubon at a young age. He now lives in Southport and regularly visits the Center at Fairfield with his family. With his wife, Ashley, he is also the co-founder of Gells, a socially responsible apparel line.

Whalen serves as deputy commissioner for environmental conservation at the Connecticut Department of Energy and Environmental Protection, where she is responsible for the work of the department’s Bureau of Outdoor Recreation and Bureau of Natural Resources. She also plays a key role in implementing the department’s No Child Left Inside initiative. Prior to her time in Connecticut, she held a number of senior management roles in conservation with the state of Massachusetts. She lives in Great Barrington, Mass.

Michael Aurelia and Samuel Gilliland were re-elected for second terms.