Young, Gifted, and Wild About Birds 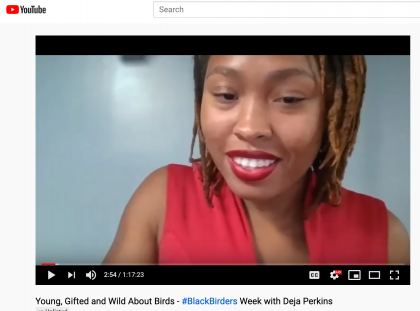 “Young, Gifted, and Wild About Birds” is a six-part series featuring  younger-generation conservationists, scientists, and ornithologists carrying out newsworthy and innovative work.

It started in December with #BlackBirdersWeek: The Hashtag that Started a Movement, by Deja Perkins. Early January brought The Song of the Ovenbird, with Eliza Grames. Dr. Dennis Liu’s January 28 presentation was Half-Earth and All the Hummingbirds.


“Wonderful program!  It provided me with a whole new perspective on birding.”

You can still subscribe to the three remaining presentations at a discount price! 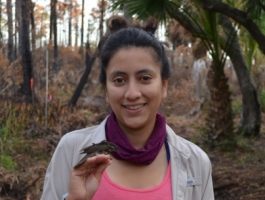 Migration is an ordeal for New England’s songbirds. Red-eyed Vireos, Rose-breasted Grosbeaks, Baltimore Orioles — those species and many others travel vast distances to and from their breeding grounds.

Mariamar Gutierrez Ramirez, a Ph.D. candidate and a Ford Foundation fellow at UMass Amherst, is using quantitative magnetic resonance and Motus tracking technology to study the body condition and survival of songbirds in migration. What she’s learning could have a big effect on conservation decisions and on the birds’ well-being.

Buy tickets for The Ordeal of Bird Migration with Mariamar Gutierrez Ramirez here!

Is it acceptable to honor a person who believed of Black men that “his intellect … is greatly inferior to that of the Caucasian, and that he is, therefore, as far as our experience goes, incapable of self-government”?

What if that same person also owned slaves? Meet the Rev. John Bachman of South Carolina. Like many others with similarly histories, he is honored eponymously in the form of two songbirds, Bachman’s Sparrow and Bachman’s Warbler.

For Jordan Rutter and Gabriel Foley, the founders of the Bird Names for Birds initiative, the answer is clear: No, it is not acceptable.

Bird Names for Birds is an initiative to change honorific English common bird names; since its inception last summer, McCown’s Longspur—named after a Confederate officer—has been changed to Thick-billed Longspur. Jordan and Gabriel will talk about Bird Names for Birds, why it’s important, and what the future holds for it. 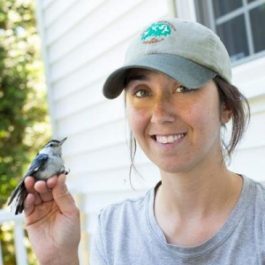 Dr. Narango, the David H. Smith Conservation Research Fellow Postdoctoral Researcher at UMass Amherst, will speak about her studies of plant-animal interactions and wildlife diversity in urban areas across the United States. She will share information about the birds and insects we share our parks and yards with and how management decisions in urban green spaces impact conservation success in New England and beyond.

She will also share resources to find information about nature-based gardening and participating in community-driven science.

Buy tickets to The Birds, the Bees, the Flowers and the Trees with Desiree Narango here!

“Young, Gifted, and Wild About Birds” is supported by the Planet Fuel Charitable Fund.