Keeping in touch with the experts: Deveaux Bank and its Whimbrels, the White House, Capitol Hilll 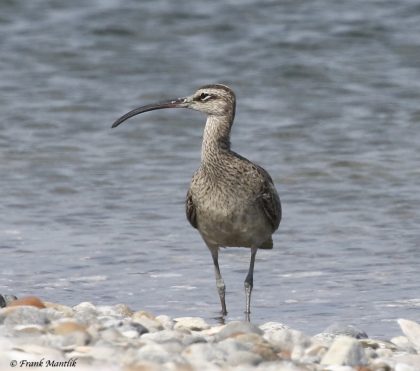 A Whimbrel at Milford Point, photographed by Frank Mantlik.

June 20, 2021 — If you were at the standing-room-only lecture that Deborah Cramer of M.I.T. gave for us at Yale in 2016, you know how much she cares about shorebirds.

In today’s New York Times, she writes about the discovery and perilous future of Deveaux Bank, a small island off Charleston, S.C., that is of paramount importance to Whimbrel as a migratory stopover.

Deveaux was unknown as a Whimbrel migration site until 2014, when a South Carolina researcher named Felicia Sanders discovered that it was “the largest nocturnal roosting place for these birds in the Western Hemisphere.”

“This was one of the most mind-blowing discoveries in the history of 20th- and 21st-century ornithology.”

At Yale in 2016, Cramer spoke about Red Knots and horseshoe crabs, shortly after her book about the subject, “The Narrow Edge,” was released.

Her essay about Deveaux and the Whimbrels is a must, as are the incredible photos and video that accompany it. As is the case at Milford Point, a rising sea level is just one of the risks the birds who use the island face. 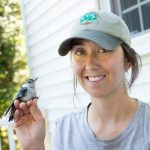 Speaking of experts who you’ve been introduced to through Connecticut Audubon, shortly after she closed out our Young, Gifted, and Wild About Birds series with a presentation about urban and suburban habitats for birds, Desiree Narango collaborated on an article in Scientific American urging President Biden to turn the White House grounds into a place where native plants and animals thrive.

“The White House and President’s Park should be managed, not as a political football but as a celebration of our nation’s natural identity and as an exemplar of conservation stewardship,” she and her co-author, Max Lambert, wrote.

“And what better way to celebrate that identity than by filling the White House grounds with America’s native plants and animals?”

Our most recent Connecticut State of the Birds report included an authoritative look at the Migratory Bird Treaty Act, written by Tykee James of the National Audubon Society.

Tykee is National Audubon’s coordinator of government affairs, and also a founder of Black Birders Week (another co-founder is Deja Perkins, who gave the first of our Young Gifted, and Wild About Birds presentations).

Earlier this month Tykee put policy and politics aside to lead a bird walk in Washington D.C. — on Capitol Hill and the National Mall, in fact. Roll Call sent a reporter to tag along.

“Bird conservation is a place in environmental policy where we do see a lot of bipartisanship,” he said.