There have been at least three or four Eurasian Wigeons at Stratford Point this winter. They have been seen on so many days I am starting to think they’re a typical species and not a rare duck. I took a few photos of one that was hanging around late last week. None of the species had been here for a couple of weeks, so this may have been another bird, though who can be sure. You can see it here with a couple of American Wigeon and then among a group of ducks including more American Wigeon and Gadwall. 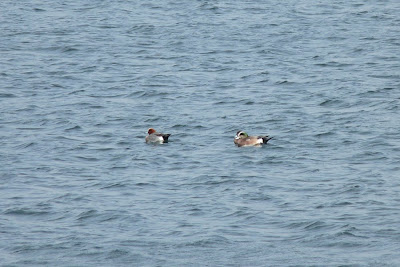 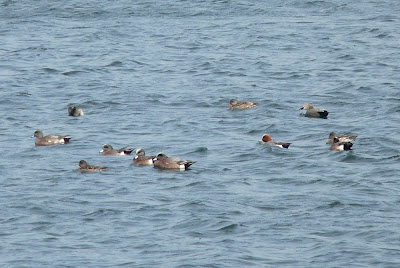 Considering these photos were taken with my point-and-shoot camera you can imagine the views with a scope. Stratford Point has become a busy place ahead of spring’s arrival. Friday’s high temperature of 76 at KBDR shattered the record of 68 in 1999 and made it the “birdiest” day of the season with songs of many species filling the incredibly warm air. Migrant raptors including a Northern Harrier and Sharp-shinned Hawk hunted the grasslands while other birds on the move like Dark-eyed Junco and Northern Flicker fed on the areas of lawn.

It is also time for the massive plankton feeding as thousands of migrant gulls feast on the tiny organisms. Several thousand gulls were seen off the seawall in Stratford this week, with other areas reporting high numbers as well. However, this feeding frenzy is not restricted to gulls, as Brant and many species of ducks (like hundreds of Long-tailed Ducks I saw this week) also take part in the meal. During one of these afternoons last week nearly all of the waterfowl and gull species were away from Stratford Point, but this lone Herring Gull was enjoying food without being pestered by other gulls. Here is a photo of it trying to down a starfish. 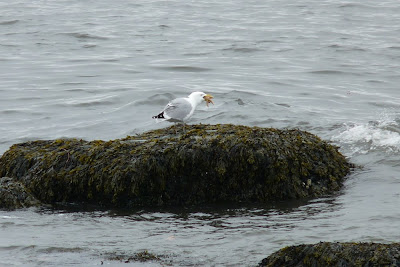 Certainly seems like that would be a much more satisfying meal, eh?