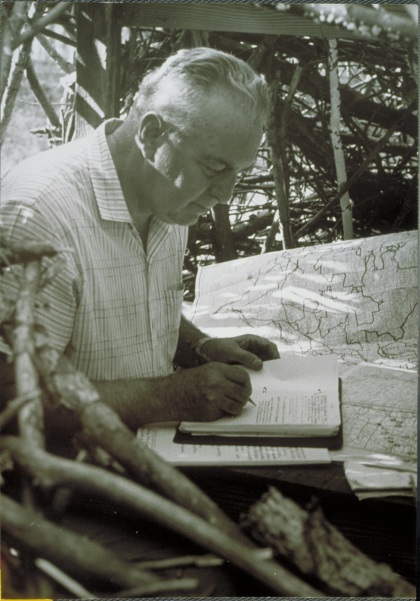 Through the program, started in 2012, the Connecticut Audubon Society invites writers and visual artists to spend a week in residence at Trail Wood, in Hampton. The writers and artists are chosen through a juried process.

The site is now the 168-acre Edwin Way Teale Memorial Sanctuary, bequeathed by the Teales to Connecticut Audubon in 1980 shortly before Edwin’s death. The sanctuary is open from dawn until dusk, and still features many of the trails cut by the Teales shortly after their arrival, in 1959.

While in residence, artists are encouraged to practice their craft in a way that is inspired both by the site’s natural beauty and its important role in American natural history writing. Trail Wood encompasses mature forest, abandoned pastureland, a three-acre beaver pond, a year-round running brook, and lowland swamps. There is excellent birding, with 88 species having been identified in the sanctuary.

Edwin’s writing study in the main house is still preserved as it was at the time of his death in 1980, per Nellie Teale’s wishes, and Connecticut Audubon staff can provide visiting artists with access to it.

After the completion of the residency, participating writers and visual artists are invited to attend a follow-up event, Trail Wood Under the Harvest Moon,  in September. Each resident artist is asked to read or present a sample of work completed during the residency and to speak about the residency experience itself. This work can be in progress.

The residency application can be found here.

It provides further explanation of the program and an overview of its logistics. Inquiries about the program can be sent to the program’s coordinator, Richard Telford, rtelford397@gmail.com.

One month after their move to Trail Wood, Edwin wrote in a July 6, 1959, journal entry, “We have the feeling here that whenever we look out the window there may be something exciting to see. Adventures lie all around us.” 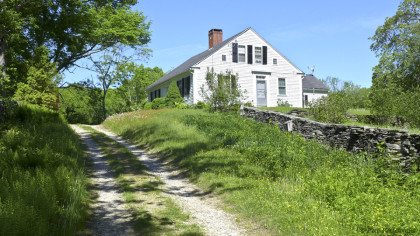 The Teales’ house at Trail Wood.

In his unpublished writings, he often referred to Trail Wood as his and Nellie’s “Eden” and their “Promised Land.” He remained there until his death in 1980, and Nellie until hers in 1993.

Edwin Way Teale’s site observations, as well as some of Nellie’s, are documented in the two books he wrote about Trail Wood, A Naturalist Buys an Old Farm (1974) and A Walk Through the Year (1978). Program participants are encouraged to read one or both to more fully understand the intent of the program, the site itself, and the important legacy of the Teales.

Of special interest to visiting artists, the Thomas J. Dodd Research Center at the University of Connecticut houses Edwin’s private papers, including four 500-page journals he kept while at Trail Wood. A catalog of the Teale archive can be viewed here.

Residency program staff can help arrange a visit to the archive before or during the residency period.

Although it is open to the public Trail Wood generally experiences moderate visitorship, allowing a solitary and contemplative experience conducive to the creative process. Edwin’s writing cabin, which was recently restored, is available for use by resident artists. The cabin was built to match the dimensions of Thoreau’s cabin at Walden Pond and overlooks a one-acre pond the Teales had dug in 1959.