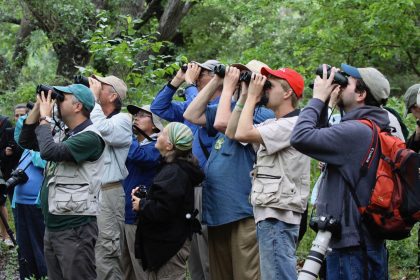 Birders from all over Connecticut will be out in force for this year’s Migration Madness Birdathon. Photo by Frank Mantlik.

May 1, 2019 – The state’s biggest birding event is coming to Connecticut the weekend of May 17, when the Connecticut Audubon Society hosts its second annual Migration Madness Big Weekend, a statewide celebration of the state’s birds and the people who love them.

Over the weekend, Connecticut Audubon will offer dozens of activities around the state, timed to coincide generally with peak migration, when tens of thousands of birds return to Connecticut for the spring.

Programs are designed for everyone from skilled birders to people who simply want to learn more about the state’s birds, all while supporting for Connecticut Audubon’s conservation programs.

Migration Madness activities—many of them free—mainly take place at Connecticut Audubon’s centers and sanctuaries in Fairfield, Glastonbury, Pomfret, and Sherman, Milford, and Old Lyme, with additional events at other prime birding locations including Rocky Neck State Park in Niantic and the Connecticut College Arboretum in New London.

The weekend’s highlight will be the Birdathon, in which participants of all skill levels compete to see the most species from Friday through Sunday. Birdathon teams and individuals will collect pledges, then spend as much time in the field as they can (or as much time as they want) over the weekend. 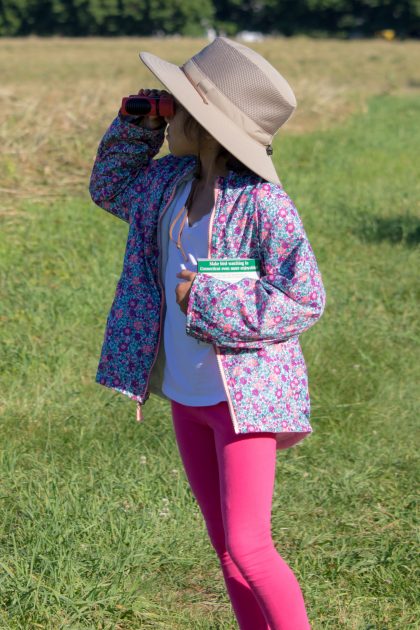 Many Migration Madness programs, including the Birdathon, are open to all ages. Photo by Sharon Cuartero.

Birdathon participants can look for birds anywhere in Connecticut, including at any of Connecticut Audubon’s centers and sanctuaries. Many of the weekend’s events are guided bird walks that are ideal ways for people who aren’t experts to see and hear birds they might otherwise miss.

At registration, participants can set up their own fundraising pages to collect donations that directly benefit Connecticut’s Audubon’s conservation work at centers and sanctuaries around the state. Top fundraisers and species-spotters are eligible for prizes including birding gear, a full day of birding with Connecticut Audubon experts, and original bird-themed artwork.

Migration Madness kicks off the weekend early on Thursday, May 16, with a lecture by science writer and artist Erica Cirino at Birdcraft Museum in Fairfield. Cirino, whose work explores the human connection to nature, will give a talk called “Trashed Nests, Poisoned Bellies and Entangled Wings: A Bird’s Eye View of Plastic Pollution.” Tickets are $5 for students, $10 for Connecticut Audubon members, and $15 for the general public.

A sampling of events includes: