June 4, 2019 – Here are the winning photos from our 2019 Birdathon photo contest, which was open to participants in the May 17-19 Birdathon.

Thank you, Paul Fusco, first-rate bird photographer and co-designer of our Connecticut State of the Birds report, for judging the contest. Paul viewed all the photos without knowing who took them or who entered the contest. He chose first and second place, and added three honorable mentions. 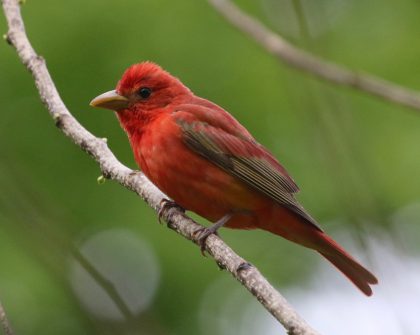 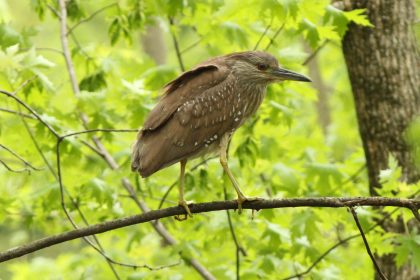 Second place: Immature Black-crowned Night Heron, by Bill Asteriades. Contest judge Paul Fusco said, “Good composition with the subject standing out well from the out of focus background. Standing on the branch, the pose shows the bird’s plumage well. Nice inclusion of habitat.”

Honorable Mention: Osprey on nest, by Jamie Duff. Paul Fusco said: “The female Osprey is showing both eyes while looking toward the photographer. This image includes elements of humanity for a bird that lives close to human habitation. The soft light works well on this image.” 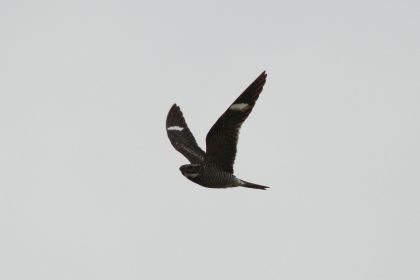 Honorable Mention: Common Nighthawk, by Bill Asteriades. Paul said, “This is a tough subject to get as they move fast and are usually out flying at dusk. Nice wing position showing the white wing patch field marks.” 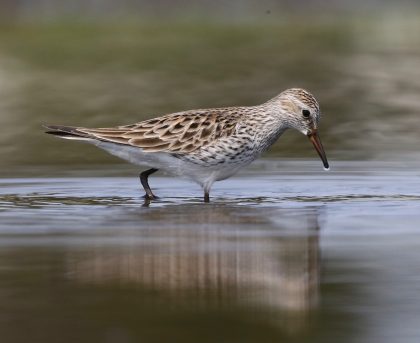 Honorable Mention: White-rumped Sandpiper, taken by Frank Mantlik at Hammonassett Beach State Park, Madison (© Frank Mantlik). Paul commented, “This image of a beautiful breeding-plumaged White-rumped Sandpiper shows the bird going about its foraging business. Notable field marks for the species, including the long primary projects and orange base to the bill, are shown well.”