“Decline of the North American avifauna” – a shocking call to action 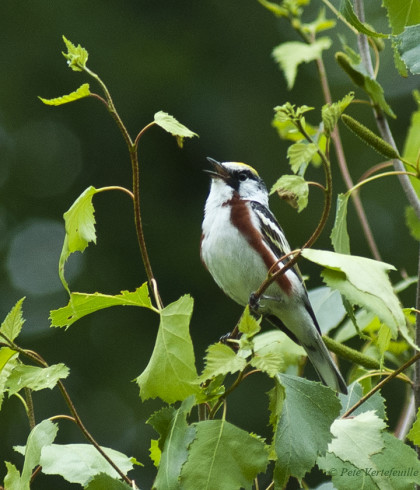 September 20, 2019 – Anyone who has been involved in birding or bird conservation for the last several decades has no doubt sensed this, but yesterday’s paper, published in the Journal Science, on declines in bird populations is nonetheless shocking and disturbing.

The study was led by the Cornell Laboratory of Ornithology, the American Bird Conservancy, and other experts (Peter Marra, former Connecticut Audubon staff member and former head of the Smithsonian Migratory Bird Center, is one of 11 co-authors).

Their analysis shows that since 1970, bird populations in North America have dropped by 29 percent; there are now approximately 2.9 billion fewer birds in North America than there were 50 years ago. An analysis of radar data since 2007 showed “a similarly steep decline in nocturnal passage of migratory biomass,” almost all of it in the eastern United States – in other words, there are far fewer birds migrating at night in our area.

A pdf of the Science article can be found here.

In Connecticut, some birds have made high-profile comebacks. Ospreys have rebounded, as have Bald Eagles, for example.

But we also know from our Connecticut State of the Birds report and elsewhere that many, many species have declined over the long term: Blue-winged Warblers, Eastern Towhees, Saltmarsh Sparrows, Common Nighthawks, etc. etc. etc.

Connecticut Audubon is continuing to work hard on bird conservation on the state and local level. Among the hardest-hit kinds of birds are those that nest in grasslands and shrublands; we have habitat improvement and management projects targeted at these birds at six sanctuaries, in Pomfret, Montville, Westport, Sherman, Hampton, Fairfield, and Goshen, covering several hundred acres.

We collaborate with other conservation organizations to provide safe nesting places for vulnerable species such as Piping Plovers and Least Terns. We advocate strongly for habitat protection, better land use decisions, open space acquisition, and the reduction of pesticides.

Yesterday’s report is sobering. But it’s a call to action, a reason to work harder. With your continued support and loyalty, we vow to do so.