A look back at the Earth Day Backyard Bioblitz 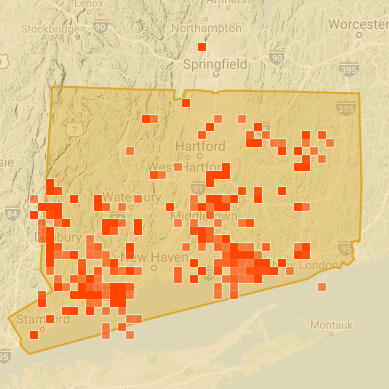 April 28, 2020 — If you participated in the Earth Day Backyard Bioblitz, you know how much fun it was.

Well over 200 people from all over Connecticut submitted 2,619 observations of 663 species. The most common was garlic mustard, an invasive plant (invasive but not useless; here’s a delicious way to help control it).

Participants downloaded iNaturalist to record their sightings, usually with user names instead of their real names.

Patricia Walker, who lives in Shelton and is a professor at Sacred Heart University, said the bioblitz made her week.

“I had 22 observations and 16 species,” she said. “My highlight was a wild turkey who came at the end of the day as I took one final look out the window. I got help from fellow participants on some of the identifications. This was a bright spot in my week. I’m still looking at the pictures.”

The bioblitz wasn’t just good, it was good for you too. Here’s what Christine Young of Easton told us:

“On Wednesday I was sick as a dog on the couch, and with a 4 year old, 2 year old, and 5 month old, it is so hard to keep everyone entertained. Even though it was a chilly, damp and windy day, Daddy took the 4- and 2-year-olds out to do the BioBlitz.

“I got a solid two hours of semi-rest (as much as possible with a needy infant) while they had a blast identifying away. Looking forward to doing it again next year!” 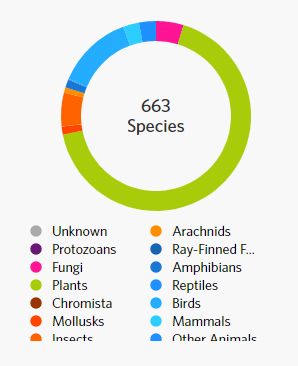 Our key observation here at Connecticut Audubon
It was a great day, you made it great, and we’re definitely planning to do it again. Thank you all!