I Spy: Coastal Connecticut Past Mysteries

Here is our archive of past I Spy: Coastal Connecticut mysteries. Scroll down to see the mysteries, its answer and some fun facts about the organism. 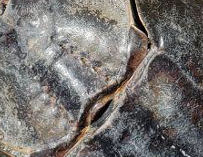 The Answer for they May 25 Mystery is…… 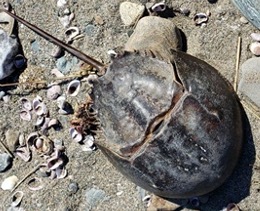 If you guessed Horseshoe Crab, you are correct!


This is one of our favorite creatures that lives in the Long Island Sound!

If you are interested in learning more about Horseshoe Crabs visit Project Limulus on the Sacred Heart University Website https://www.sacredheart.edu/academics/colleges–schools/college-of-arts–sciences/departments/biology/project-limulus/horseshoe-crab-history/

The Answer for the May 18 Mystery is……

If you guessed Mussel , You are Correct!!!

The mussel’s external shell is composed of two hinged halves or “valves”. The valves are joined together on the outside by a ligament, and are closed when necessary by strong internal muscles (anterior and posterior adductor muscles.

Mussels are bivalves are are mostly browish-black exterior with irredescent inner shell.

Like most bivalves, mussels have a large organ called a foot. In marine mussels, the foot is smaller, tongue-like in shape, with a groove on the ventral surface which is continuous with the byssus pit. In this pit, a viscous secretion is exuded, entering the groove and hardening gradually upon contact with sea water, creating the byssal threads.

Byssal Threads are used to secure the mussel in place making it more difficult for predators to remove.

Mussels live in colonies in salt marshes or bays where the water is more calm.

In marine mussels, fertilization occurs outside the body, with a larval stage that drifts for three weeks to six months, before settling on a hard surface as a young mussel.

Mussels are filter feeders; they feed on plankton and other microscopic sea creatures which are free-floating in seawater. A mussel draws water in through its incurrent siphon. The water is then brought into the branchial chamber by the actions of the cilia located on the gills for ciliary-mucus feeding. The wastewater exits through the excurrent siphon.

In roughly 12–15 months, mussels reach marketable size (40mm) and are ready for harvest

Humans have used mussels as food for thousands of years. About 17 species are edible.  Mussels can be smoked, boiled, steamed, roasted, barbecued or fried in butter or vegetable oil.

The Answer for the May 11 Mystery is…… 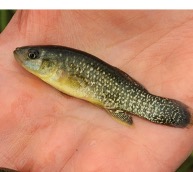 If you guessed Mummichog, Fundulus heteroclitus, Atlantic killifish, mummies, gudgeons, or mud minnows… you are correct!

May 4– Can you guess what this is?

The Answer for the May 4 Mystery is……

If you guessed Hermit Crab you are correct!

April 27– Can you guess what this is?

The Answer for the April 27 Mystery is……

Not that I would eat this or even recommend eating them, they are edible…I found this recipe online, seems like a lot of work getting those snails out of the shells for not much of a reward!  No Thank You!

Heat up tomato sauce in a large, heavy-bottomed pot. Add all ingredients but the linguine. Simmer for three minutes and serve over the linguine.

April 20– Can you guess what this is? 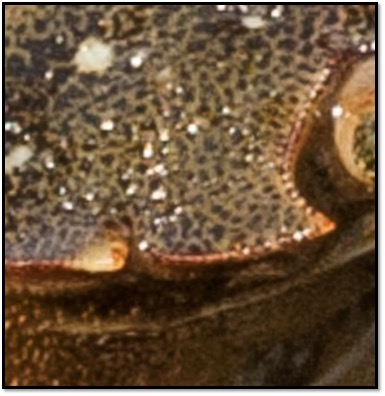 The Answer for the April 20 Mystery is……

If you said Asian Shore Crab, you would be correct!

The Answer for the April 13 Mystery Is…..

If you guessed Fiddler Crab, you are correct. 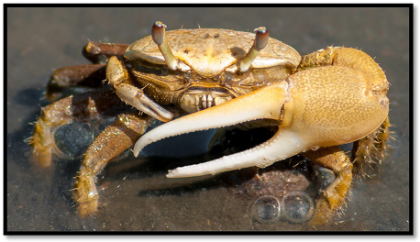 April 6 – Can you guess what this is?

The Answer for the April 6 Mystery Is …

If you guessed Oysters, you are correct!

So, as you can oysters are an important part of a healthy ecosystem. They are also delicious to eat!