Birders from across the state submitted approximately 100 photos, all taken in Connecticut from May 22 to 24. They included geese, ducks, herons, hawks, owls, warblers — even a box turtle. We sent them with no identification marks to this year’s judge, Julian Hough, an experienced bird photographer and graphic designer. Julian chose the winners. We included his remarks about each photo, below. 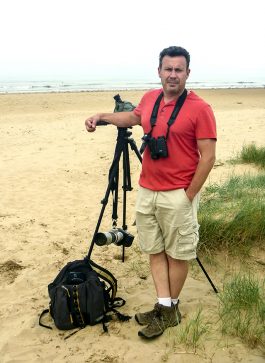 Thank you to all the 2020 Birdathon photographers. And a special thanks to Julian Hough, who served as this year’s judge.

Julian Hough has been interested in birds since age 6. His passion for birds led to extensive travel to far-flung corners of the globe, including extended periods in India, Nepal, Australia, Europe, the Middle East and most recently Central and South America. Originally from England, his penchant for American birding and photography was nurtured and inspired by extended periods in Cape May, New Jersey.

Julian’s images have been featured in many books and magazines in Europe and North America, most notably in Connecticut Audubon Society’s annual State of the Birds reports.

He is a very active birder in the state and currently serves on the Connecticut Avian Records Committee of Connecticut (ARCC) and resides in New Haven, Connecticut.