Action Alert: Speak out in favor of strengthening the Migratory Bird Protection Act 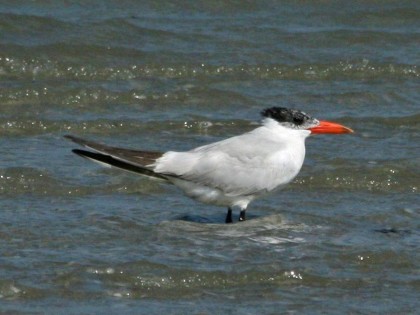 February 23, 2021 — You have a chance today to help make sure the Migratory Bird Treaty Act continues to be an effective way to protect birds.

Please help by sending comments to the U.S. Fish and Wildlife Service. Tell them that you support strengthening the Migratory Bird Treaty Act.

The previous Administration in Washington began the process of weakening the Act. They wanted to eliminate penalties for killing birds incidentally.

For example, it would be fine for the owner of a barn with nesting Barn Swallows to demolish the barn and destroy the nests, as long as it was not the owner’s intent to harm the birds.

If a colony of terns were nesting on a beach, the owner would be allowed to rake debris off the beach, taking the nests with it, as long as the intent was to rake the beach and not destroy the nests.

Now, the new Administration is going through the formal process to restore full protection to the Migratory Bird Treaty Act. Once again individuals and corporations will face penalties for intentionally or unintentionally killing birds.

It is a major positive step for bird protection.

We’ve tried to make it as simple as possible. If you click the link below, you’ll find draft comments and an automatic “send” button.

Click HERE to submit comments in support of the Migratory Bird Treaty Act
Making your voice heard is more important now than ever!
Thank you.!
Contact Us
Privacy Policy       Financial Information       Photo Credits       Donate Your Car