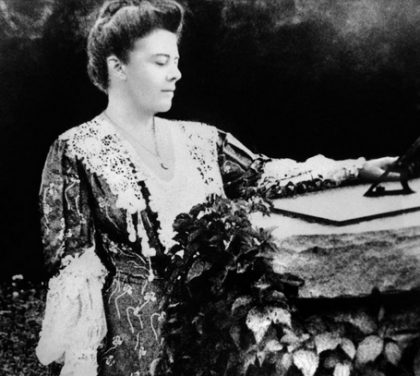 We’ve made a list of 10 things you can do to help birds, and we’re counting them down one day at a time until today, Earth Day! Thank you for all you do to make a difference for conservation!

April 22, 2021 — Connecticut Audubon firmly believes that one of the most important things you can do on behalf of conservation is to advocate.

Speak up. Speak out. Work in concert with others and with conservation organizations like Connecticut Audubon that can amplify your voice.

We will be asking you numerous times throughout the year to email or call your elected officials for a bill or proposal that will help conservation and against those that will do the opposite. Use the form below to join our Advocacy Campaign.

Advocacy and education were the cornerstones when Mabel Osgood Wright founded the Connecticut Audubon Society in 1898. They still are.

Writer and climate activist Bill McKibben has pointed out that if 3 or 4 percent of a population take action individually, it’s not enough to make a difference.

But if those same 3 or 4 percent advocate for a cause, it’s often enough to force a change in the system.