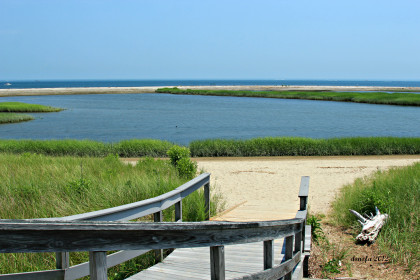 The boardwalk overlooking Long Island Sound at the Milford Point Coastal Center. The Blue Plan is an important planning tool for the future of Long Island Sound. Photo courtesy of Anthony Donofrio.

May 24, 2021 — Long a priority for Connecticut Audubon’s advocacy work, the Long Island Sound Blue Plan is now the official policy of Connecticut.

The state General Assembly voted to adopt the Blue Plan on May 14. The plan is a guide to help decision-makers in their deliberations about which areas of the Sound are most valuable for conservation, the economy, recreation, etc.

You can read testimony in support of the Blue Plan by Patrick Comins, Connecticut Audubon’s executive director, here.

From loons and Brant in winter, terns and Piping Plovers in summer, to cormorants and gulls year-round, Long Island Sound is a place where more than 70 species of seabirds and shorebirds breed, nest, hunt, feed, and fight for existence.

The birds share this 1,320-square-mile estuary with countless fish and shellfish, seals, sea turtles, eelgrass, corals, and other wildlife. Add to that thousands of humans and their artifacts – submarines, sailboats, cargo ships, ferries, fishing vessels and kayaks, undersea cables, commercial oyster beds, and historic lighthouses among them.

Clearly, the Sound is a very busy, complex, and unique waterway. To capture and better manage and protect it, the Long Island Sound Blue Plan has been created over the past four years. The plan will serve as a tool to foster good decisions about proposed developments, including those that could impact seabirds and shorebirds.

The first marine spatial plan for the estuary, the Blue Plan comprises a 437-page narrative, interactive maps, and a 348-page inventory with 27 chapters describing individual components of the Sound—sediments, geochemistry, marinas, harbors, fish, and birds. Leading the creation of the document, now in draft form awaiting review and adoption by the state General Assembly, were the state Department of Energy and Environmental Protection, The Nature Conservancy, and Connecticut Sea Grant.

For the Sound’s bird life, the plan combines existing information from government agencies, environmental groups (including Connecticut Audubon), and citizen-scientist databases to determine which are the most important areas, particularly for threatened and endangered species like Roseate Terns and Piping Plovers.

Chris Elphick, associate professor of ecology and evolutionary biology at the University of Connecticut, provided much of the expertise and data for the bird section of the Blue Plan, as did Patrick Comins, Connecticut Audubon’s executive director. Elphick explains that the plan “pulls together a wide variety of different types of ecological information and puts them all in one place. Doing this makes for more efficient planning and a better understanding of how different ecological features relate to each other.”

One of the most valuable portions of the Blue Plan’s bird section is a map that defines Ecologically Significant Areas. It identifies several near-shore sections from the western to the central Sound, and a large area across the waterway between the eastern Connecticut coast and the North Fork of Long Island as those that are the most important for vulnerable species such as Common, Least, and Roseate Tern, Saltmarsh Sparrow, and American Oystercatcher.

Future proposals for a dredging project or a new underwater cable, for example, will be viewed through the lens of the information provided in the Blue Plan. Developers, regulators, and members of the public will have access to the same information. That means areas most critical to the most important species are delineated as those where impacts should be minimized. For more, search online for “Long Island Sound Blue Plan.”