Things you can do to help birds right now: make your windows bird-safe 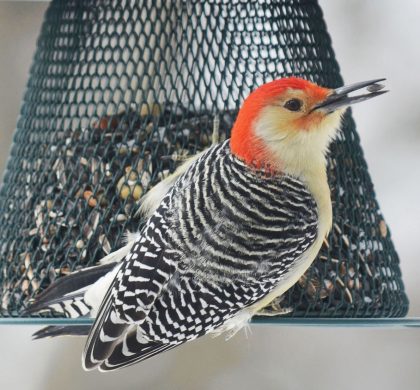 
In late July, three dead birds tested by the state of Connecticut were found have had symptoms similar to those found in dead birds in states further south and west.

In other words, there’s evidence that the condition that is killing birds elsewhere has reached Connecticut.

The cause is unknown. The symptoms are mainly swollen or cloudy eyes, eyes and crusty discharges from the eyes. Because it might be infectious, the prudent thing to do is to limit the number of places where birds gather close together.

So the Connecticut Audubon Society and the state Department of Energy and Environmental Protection has joined a number of other states and organizations, including Massachusetts, in recommending that for the time being you stop feeding birds and providing water form them.

If the condition is infectious, you don’t want the birds passing it along at your feeder or bird bath.

But there are still action you can take to help birds now. Making your windows safe is one of them. You can find three others as well as more information of the unknown condition on our blog, here.

August 6, 2021 — A bird doesn’t see a window as a barrier. If the window reflects the sky and trees, a bird thinks it’s flying into the sky and trees. The result is often a dead bird — lots of them.

The best estimates show that up to a billion birds a year are killed when they fly into windows, walls, and other structures. In December 2019, New York City passed a law that requires new buildings to meet standards that are expected to greatly reduce bird strikes.

It’s one of three local laws that the American Bird Conservancy recommends as exemplary  — the other two have been enacted in Mountain View, California, and Toronto, Canada. ABC also lists seven local laws as “recommended with reservations” and 14 as “not recommended.” ABC’s list is here.

We hope you’re following the recommendation to stop feeding or providing water to birds until the cause of the unknown condition is identified or the condition stops spreading. Until then, and beyond, you can help birds immensely by making your windows safer.