Connecticut State of the Birds 2022: These Species Tell the Story of Conservation Over 125 Years, and Point to the Issues of the Future 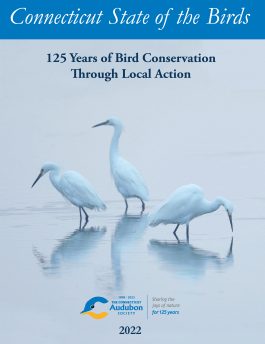 News Release
December 1, 2022 — Connecticut Audubon’s 2022 State of the Birds report, released today, looks at the health and future of five groups of birds, in Connecticut and beyond, whose conservation history is tied closely to the history of environmental conservation in the United States.

Titled “125 Years of Bird Conservation Through Local Action,” the report marks the 125th anniversary of the Connecticut Audubon Society, which was founded in January 1898. Among the report’s findings:

”This report shows that the work to conserve birds is never over,” said Patrick Comins, Connecticut Audubon’s executive director. “Connecticut Audubon is proud to have been among the leaders of that work since the start. But there’s more to be done, and we will be just as involved in the future as in the past.” 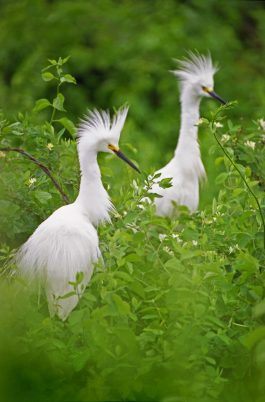 Connecticut Audubon has published its State of the Birds report annually since 2006. Each year, the report examines an aspect of bird life or conservation in Connecticut. The report is written by regional and national experts.  To get a PDF of the report, scroll to the bottom and fill out the form.

Its goal is to help set the conservation agenda for non-profit organizations and for state and local governments.

This year’s authors are

The 125th anniversary is significant because Connecticut Audubon was founded by Mabel Osgood Wright, a visionary leader who helped start the modern bird conservation movement, which led to the protection of songbirds, hawks and owls, shorebirds, waterfowl, and gamebirds.

The report shows that much of what we take for granted now as standard conservation practices and achievements started with the goal of protecting birds. To give three examples:

Connecticut Audubon has remained an independent organization since its founding. It has centers in Fairfield, Pomfret, Old Lyme, Milford, and Sherman, a program in the greater Hartford area, and an EcoTravel program based in Essex. Its state headquarters is at Birdcraft Sanctuary in Fairfield.

Birdcraft, considered the first private songbird sanctuary in the country, is now a National Historic Landmark.