Birdathon 2020: “What a wonderful activity, particularly during a spring with so many challenges!” 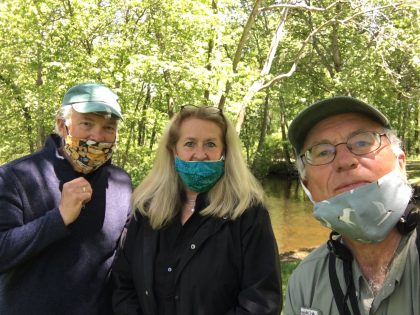 May 30, 2020 — D’Arcy Jeffrey of Milford became a member of the Connecticut Audubon Society on May 6. By May 22, she was in the field with her binoculars, counting birds for the 2020 Migration Madness Birdathon — and feeling the surprise of a new world of sights and sounds.

“A couple favorite moments were hearing a loud bird singing by a river on Saturday morning, then looking up and seeing a Baltimore Oriole,” she said. “Then on Sunday, having my first sighting of a pair of Barn Swallows, two beautiful blue gems stopping briefly on the riverbank.”

Her takeaway? Eighteen species and a new way of enjoying the natural world.

That’s one kind of Birdathon experience. Andrew Dasinger had another.

A South Glastonbury resident who has been involved with Connecticut Audubon for two decades, Andrew said, “I estimate I walked about 55 miles.”

His route took him through blueberry fields, around Del Reeves Marsh, past a marina, in a kayak across the Connecticut River to Rocky Hill Meadows, and under the Putnam Bridge.

A Birdathon for Everyone
Connecticut Audubon’s 2020 Migration Madness Birdathon was designed for everyone, as the different experiences of D’Arcy and Andrew show. By the end of the three-day event, 67 birders had submitted checklists with a total of 199 species, a tick behind last year’s 207. More than 225 people made pledges to support bird conservation in the state. You can see the list of participants and the number of species they saw here. 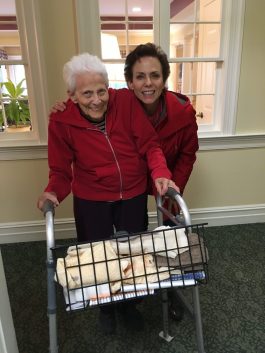 Another was Milan Bull. As many of you know, Miley has worked for Connecticut Audubon for half a century. The number of days he’s spent in the field identifying and studying birds is uncountable. When the 2020 Birdathon ended, Miley texted us:

“By far one of my best birding weekends ever!”

Charlotte Stoeckle, of Shelton, said: “This was our first time participating in the Birdathon. What a wonderful activity, particularly during a spring with so many challenges! My husband took pictures for the contest and I counted species. I was even able to add two new birds — a Tree Swallow and a House Wren — to my very short life list!”

Jerid O’Connell, a former member of our Board of Directors who lives in the Greens Farms section of Westport, participated in the 2018 and 2019 Birdathons and was one of the first to sign up for the 2020 version. Last year he tagged along with Tina Green and tallied 93 birds.

This year he went solo, through the Smith Richardson preserve near his home. He’s worked hard as a volunteer to help improve the habitat there. His total: 44 species, less than half last year’s. His attitude?

“It’s still so much fun because it gets me so focused when I’m out in the woods,” he said. “I love Migration Madness.” 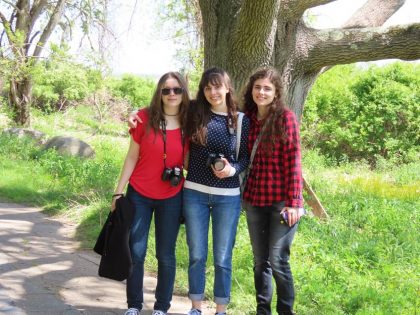 “I love storm-birding”
Longtime member Frank Mantlik birded all three days and recorded 113 species, almost all close to his home in Stratford. Lots of birders curtailed their activity during Saturday’s rain. Not Frank.

“I love storm-birding, and spent a fair amount of time seawatching, with hopes of finding something rare,” he said. “No luck. For the day I added 12 species, highlighted by Black Skimmer, Black Vulture, Laughing Gull, White-rumped Sandpiper, and Ruby-throated Hummingbird (which came to our home feeder just before sunset).”

Frank was the winner in three categories: most birds seen close to home (living near the shore in Stratford is an advantage), most participants recruited (35 people made pledges to Frank’s efforts) and most money raised, $2512. Andy Rzeznikiewicz, our sanctuary manager in Pomfret, was second, with 17 donors and $1820 raised.

To all the birders and all those who made pledges and donations, a big “Thank You!” Your efforts and your donations will help support bird conservation work and trail maintenance throughout the state!