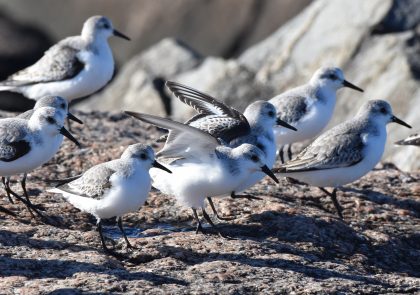 Bird law upheld, bird name struck down … and the B-52s

August 17, 2020 — The U.S. Department of the Interior has been been trying for several years to weaken the century-old Migratory Bird Protection Act, the country’s most effective bird protection law.

Last week, though, a federal judge put an emphatic halt to that attempt, saying the law was “unambiguous” in its ban on killing birds. It was a major victory for bird protection.

Eight states and a number of national conservation groups filed the suit after an Interior Department lawyer issued a legal opinion that said that the law had been misinterpreted from the start.

The Interior Department opinion was the first step in a process designed to gut the law. It said that it would no longer be a crime to kill birds if the killing was incidental — that is, if the birds happened to die during the normal course of business.

If a petrochemical company was responsible for an oil spill that killed seabirds, the company couldn’t be prosecuted under the bird treaty act because it didn’t kill the birds on purpose. If a landowner razed a barn with two dozen Barn Swallow nests, the landowner would not be liable for killing the birds.

Opposition to the change was intense. Last month, for example, dozens of Connecticut Audubon members submitted comments during an environmental impact review of the changes.

Caprioni wrote that for more than a century it’s been a crime to “To Kill a Mockingbird”: “But if the Department of the Interior has its way, many mockingbirds and other migratory birds that delight people and support ecosystems throughout the country will be killed without legal consequence.”

According to an account by the Reuters news agency, the Interior Department argued in court that the law applies only to “direct and affirmative purposeful actions” that destroy migratory birds, their eggs or their nests.

That argument, Judge Caproni wrote, “is simply an unpersuasive interpretation of the (1918 law’s) unambiguous prohibition on killing protected birds.”

The ruling restores the original law, at least for the time being. It’s unclear whether the environmental review process will continue or whether the Interior Department will appeal.

Change your life list: if you have Rhynchophanes mccownii on your life list, you’ll want to scratch out the common name. McCown’s Longspur is now Thick-billed Longspur, following an August 7 announcement by the naming committee of the American Ornithological Society. 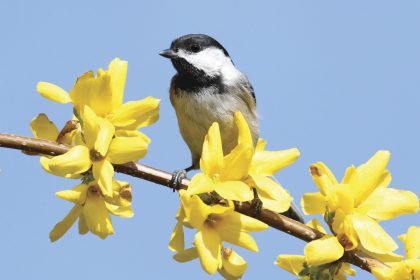 Fun bird factoid — “Hey, I’m Kate … I love tomatoes and black-capped Chickadees”: Kate Pierson, the beehive-haired, awesome-voiced singer for the B-52s, is into birds. She and her wife, Monica Coleman, run an inn in New York’s Catskill Mountains. They were the subject of the Sunday Routine column in yesterday’s Times:

“Monica Coleman: We wake up with the sun and have to have coffee. … We sit on the porch wearing kimonos that Kate got when she did a tour of Japan … Kate Pierson: If I’m up before Monica I bring my binoculars and bird watch on the porch. …

“MC: From 9 to 10 we take the dogs on a hike. It’s the same walk everyday. We might forage for mushrooms, which I’ll add to an omelet for breakfast. KP: We might see some bears or deer. I sing really loudly to chase them away. I do bird calls and some Yoko Ono yelps.”

The “Yoko One yelps” remind me that when John Lennon first heard the B-52s “Rock Lobster,” Kate’s singing reminded him of Yoko and inspired him to go into the studio with her to record Double Fantasy, which turned out to be his last album.

[And that allusion in this section’s sub-head? Kate sings “I love tomatoes and black-capped chickadees” in “Song for a Future Generation.”] — Tom Andersen, Communications Director
Contact Us
Privacy Policy       Financial Information       Photo Credits       Donate Your Car